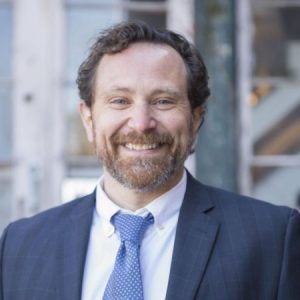 St. Patrick & The Gospel – The Story of Christ Changing Lives

The People of God in Ireland and Other Nations

Like many in the area in which I live, I come from a line of Irish men and women who became part of the diaspora that scattered the Irish over the earth. They were outlaws and railroad workers. They were soldiers and seamstresses. They had hard faces weighed down that seemed incapable of smiling even for a momentary photo. They, like so many before us on the path of life we now walk, are largely forgotten.

On St. Patrick’s Day we gather to commemorate the day one man died, much in the way the Irish celebrate a wake. Why? How does a Roman Briton from modern Scotland become the man that Ireland says, “Amen” and “Cheers” to?

One moment changed Patrick’s direction. That moment made a slave free, and brought a man to carry the Gospel of Peace to a people who had kidnapped him and killed his youth.

Patrick was kidnapped. He was sold into slavery. He was to serve a shepherd and treated as little better than the livestock. Had he died in the wilderness without shelter where he was to care for sheep, he would have been another 6th century slave forgotten.

While in wilderness, a hard and empty place, where the best things were all removed, he had an epiphany – a moment when things get really clear.

There the Lord opened the sense of my unbelief that I might at last remember my sins and be converted with all my heart to the Lord my God who … comforted me as would a father his son.

He saw that he was a sinner of great unbelief. He saw Christ as a greater Savior. In Christ he became like a son, loved by, and loving the Father, learning from Him and honoring Him. Patrick maintains that the Lord spoke to him and led him to freedom. He committed his life to the Celtic Catholic Church in which his grandfather was a priest. From there here would return to Ireland. He would bring Christian community and that Gospel of Forgiveness to Ireland.

The life and death of Patrick was more than the sorrowful story of a slave boy, it was the story of the greatness of God in Christ, and Christ in His people. It made of the Irish – who were frightening sinners even by the standards of the 6th century – an island of men & women who were to be saints & scholars, free in Christ, whose sons and daughters would seed the planet. To be great the Irish, and any other nation, must know and love their God.

On this St. Patrick’s Day, take moment to hear the voice of God calling a son or daughter to Himself.

The Confession of St. Patrick

St. Patrick’s Letter to the Solders of Coriticus

Terra Nova’s Interview with George Hunter, author of “The Celtic Way of Evangelism”